A new plant food is born 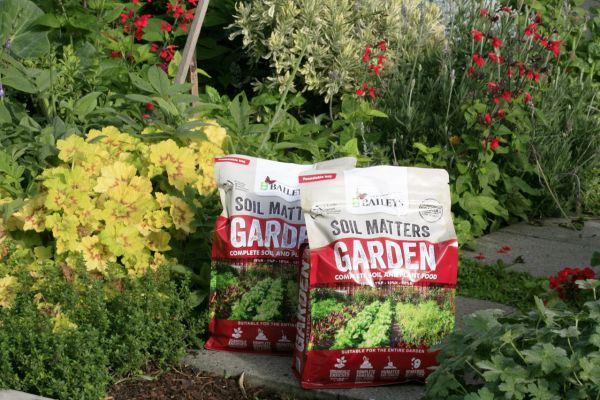 A new plant is born

Baileys have just released a breakthrough soil and plant food that smashes the mould of the way we used to fertilise our garden.  It represents the new paradigm of working with nature, to stimulate the highly productive soil life. This means the soil does the heavy lifting assisting plants to grow successfully, with less pest and disease pressure and more minerals and vitamins than is currently the case.

So how does it work?

Soil carbon is the real treasure chest for growing plants.  The old paradigm was about blasting the soil with synthetic high nitrogen fertilisers such as urea and sulphate of ammonia.  The initial response was remarkable but over time the damage to soil life became more obvious with poor returns and more pressure from disease and pests.

What is soil carbon?

There are four forms of carbon in the soil and these are:

What does it do for growing plants?

These forms of carbon are both food and refuge for soil living organisms.  Carbon has a major role in holding water.  A one per cent increase in soil carbon can enable the soil to hold onto 17 litres of water per square metre.  Plant nutrients are also held close to the plant roots where these can be easily accessed. Carbon works like a catalytic converter allowing more effective use of nutrients by plants. From an environmental perspective, it sequesters carbon in a beneficial form as distinct from releasing Carbon dioxide into the atmosphere.

How does Baileys new Soil Matters Garden fit within the soil carbon space?

Firstly, the main form of nitrogen comes from blood and bone, yes abattoir waste, but rich in natural forms of nitrogen. This is a gentle form of fertilising, however, even here there is a need to balance this with carbon in the form of humus.

The new Soil Matters Garden is formulated with a biological coating , which consists of four strains of microbes specifically selected to assist plant growth. These perform a number of functions. One is to attach themselves to root hairs and fight off pathogens so that the plant can be healthier and able to perform at a better level. Others help to breakdown organic matter into biology available food. This converts nitrogen into a plant available form and unlocks soil bound phosphorus so that the plant can access it.

A third function is to improve plant vigour by increasing the bonds between plant roots and the soil web of life. This promotes higher populations of beneficial bacteria in the soil, which in turn stimulates plant growth.

Lastly, roots are biologically encouraged to connect with beneficial soil fungi which deliver moisture and food to the plant as well as outcompeting plant destroying organisms. This one factor has a profound effect on plant health and performance.

While the Soil Matters Garden complete soil and plant food looks terrifically complex, that is how Mother Nature works.  All this complex biology and chemistry is now in one bag making it a simple task for us as gardeners.  We just have to throw it about and of course water it in. I see this as working with nature.